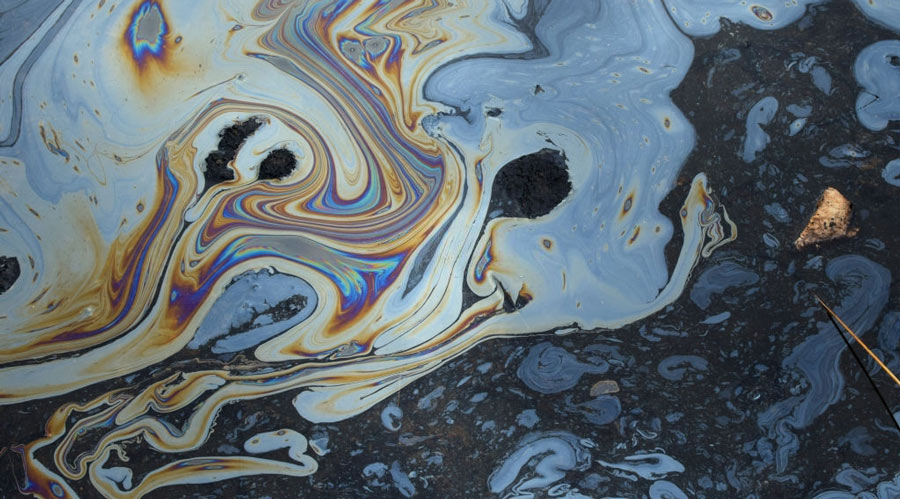 Whatever the end use, application conditions usually require bitumen to behave as a mobile liquid. In principle, there are three ways to make highly-viscous bitumen into a low-viscosity liquid:

Bitumen emulsions are two-phased systems consisting of bitumen, water, and one or more additives to assist in formation and stabilization and to modify the properties of the emulsion. The bitumen is dispersed throughout the water phase in the form of discrete globules, typically 0.1 to 50 microns in diameter, which are held in suspension by electrostatic charges stabilized by an emulsifier. Bitumen emulsions can be divided into four classes. The first two are, by far, the most widely used: 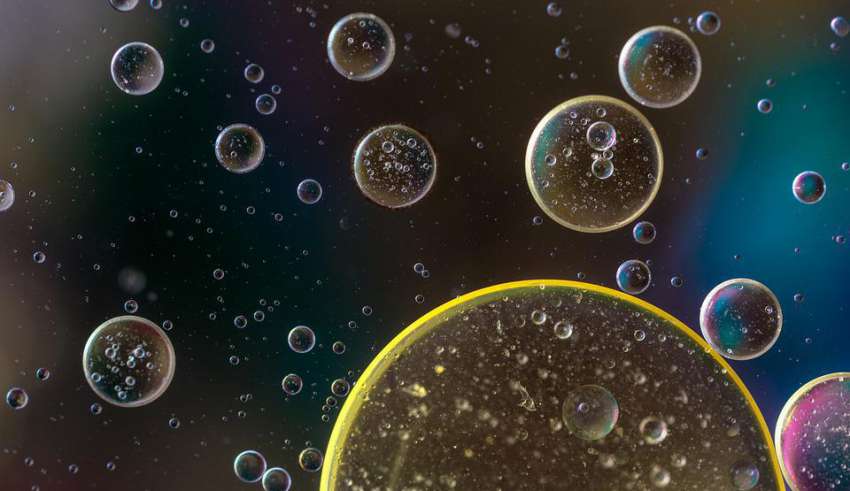 The terms anionic and cationic stem from the electrical charges on the bitumen globules. This identification system originates from one of the fundamental laws of electricity – like charges repel, unlike charges attract. If an electrical potential is applied between two electrodes immersed in an emulsion containing negatively charged particles of bitumen, they will migrate to the anode. In that case, the emulsion is described as “anionic”. Conversely, in a system containing positively charged particles bitumen, they will move to the cathode and the emulsion is described as “cationic”. The bitumen particles in a non-ionic emulsion are neutral and, therefore, will not migrate to either pole. These types of emulsion are rarely
Bitumen emulsions are divided into three categories in terms of setting:

Cationic RS emulsion is currently the widely used category in China. Emulsion setting is irreversible phenomenon which may occur due to the evaporation of the water phase or the attraction of water by stone materials. Throughout this phenomenon, the water phase disappears and bitumen particles will have less space. Then, the bitumen gradually moves towards the surface or coats the aggregate.

Cationic Emulsions
These emulsions are known as cationic because their bitumen aggregates carry positive charges by using Ammonium salts or Amines compounds. They are divided into the following categories: 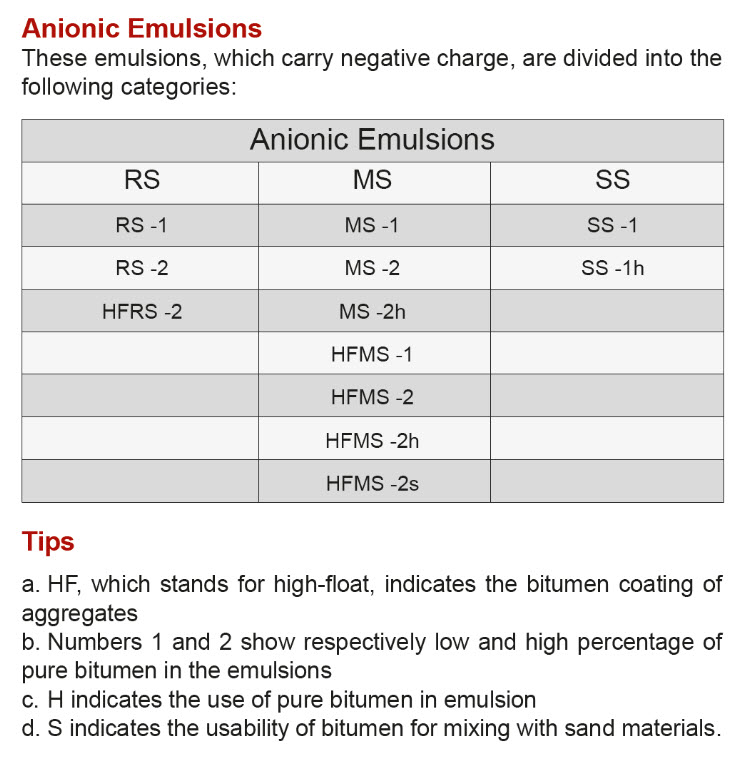